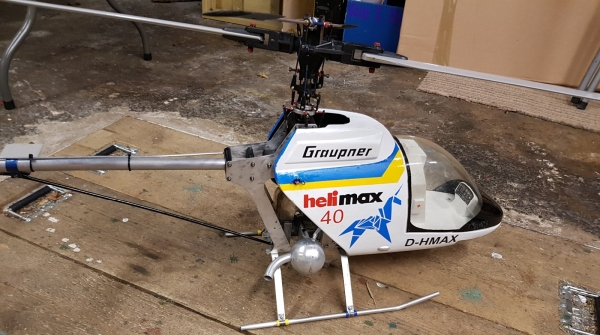 This is a radio controlled helicopter from the early 1980s.

I obtained this as a box of bits and spend many hours cleaning and restoring it.

I have had the engine running on the bench (with a propeller fitted for starting) but I haven't started it in the model as I don't have a starter.

It has a OS Max 45F nitro / glow engine installed. This ran very well when on the bench.

Servos are installed and set up for mechanical mixing (one servo "adjusts" another for cyclic /  collective mixing).

An alternative servo box for electronic (transmitter) based mixing is included.